Between the precarious footwork, tiny trad protection, and a wild street party below, there was a lot to test Barbara Zengerl's mental strength and concentration as she attempted to become the first woman to climb Prinzip Hoffnung. The name of the climb translates to “The Principle of Hope”, but in Zangerl's estimation "hope is not enough. In the end it comes down to gaining the self confidence, and the belief that you can do it." Producer: Alpsolut Moving Pictures Climber: Barbara Zangerl Route: Prinzip Hoffnung (5.14a / 8b+) - Vorarlberg, Austria Length: 5:47m

Practice of the Wild

This look at Dave McLeod working Chris Sharma's hardest boulder problem is everything a project video should be. McLeod's calm and soft spoken narration are a great contrast to the effort he put into the send. It's inspiring to know, after twenty-two years of climbing, the potential to surprise oneself can remain. Producer: Dark Sky Media/Chris Prescott Climbers: Dave MacLeod Boulder: Practice of the Wild (8C / v15) - Magic Wood, Switzerland Length: 4:44m 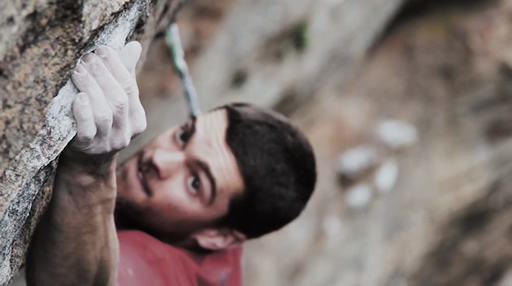 With most sport climbing footage being taken from one angle, and usually from the ground, it's not often we get so see the finer details of a climb. This video, on the other hand, expertly stitches together a variety of camera angles to provide us with a top quality look at what it takes for Tom O'Halloran to climb his newest project. Producer: Adventure Types Camera & Editing: Simon Madden / @VerticalLifeMag & Kamil Sustaik Sound: Jimmy Allen Climbers: Tom O'Halloran Route: Baker's Dozen (35 / 9a / 5.14d) - The Pit, Blue Mountains, Australia Length: 5:53m 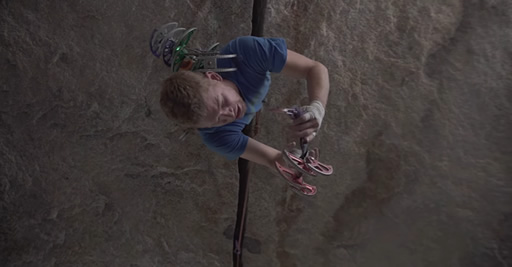 There was a lot working against Nina Caprez and Cédric Lachat as they attempted to climb Orbayu. There was the climbs namesake, a fog that would settle suddenly over the climb, leaving it dripping and obscured. There was the climb itself with it's crimpy 8c crux and intimidating exposure. But, for Nina especially, possibly the most difficult aspect to overcome was her own mental state. Directors: Mathieu Rivoire & Julien Nadiras Climbers: Nina Caprez& Cédric Lachat Photography: Julien Nadiras, Diego Defila & Sam Bié Route: Orbayu (8c / 5.14b 500m) - Picu Urriellu, Spain Length: 26:55m 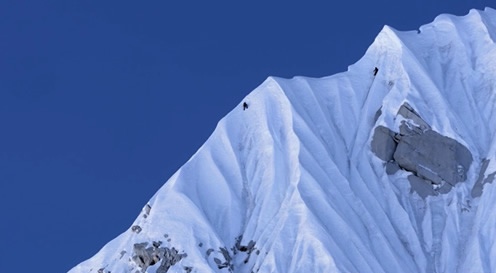 Recently, the unclimbed Himalayan mountain Lunag Ri opened for climbing permits which caught the attention of alpinist David Lama. To realize his dream, he was joined by the legendary Conrad Anker to travel to Nepal and embark on what has proven to be nothing short of a monstrous challenge. This video documents their first attempt to climb the mountain.

Perhaps, like most people, the idea of pulling mono moves through a giant roof crack sends a shiver down your spine (and your forearms). But, then again, maybe you're like Tom Randall, and the allure of hard crack climbing “essentially the genre which no one else wants to do”, appeals the part of you that loves a challenge. Either way, it's hard not to be impressed at the determination and skill that went into sending this V13 roof crack with all tendons intact. Producers: Hot Aches Productions & Chris Prescott Climbers: Tom Randall Crack: The Kraken (8b / V13) - Hartland Quay, Bideford, UK Length: 5:32m 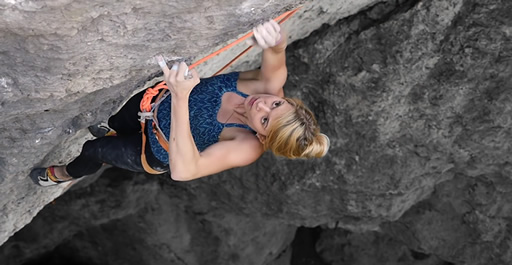 Lena Herrmann is a driven climber, both competitively and outdoors, a trait that was instilled by her father, whose presence she still feels when she's projecting a hard route. In this video she makes history, becoming the first german woman to send 8c+, but in the final frames it becomes clear how much more personal this accomplishment was. Producer: Florian Pusch / Alexej Funke / Stephan Vogt / Cinecircle Climbers: Lena Herrmann Route: Battle Cat (8c+ / 5.14c) - Frankenjura, Germany Length: 13:30m 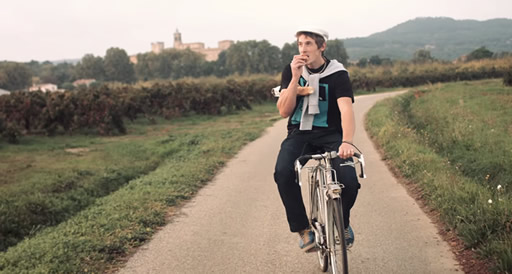 As you might imagine, we watch a lot of climbing videos. And while many are great, many are also formulaic. This quirky gem from James Pearson is anything but that. Follow James through the trials and tribulations of doing whatever it takes to climb La Bronx, including finding a guru and eating all the cheese. Producer & Writer: James Pearson Cinematography: Pietro Porro, Francisco Taranto Jr Climber: James Pearson Route: Le Bronx (8c+ / 5.14c) - Orgon Canal, Provence-Alpes-Côte d'Azur, France Length: 12:13m

Compared to most of our top ten picks, this video doesn't mark a momentous achievement in the sport, or feature an elite climber pushing their limits. But this very personal story of Colin Goodey returning to the place where he did his first climb, knowing it might be his last, reminds us why making the time to do the things we love really matters. Producer: Bryn Williams Filmed, edited and directed: Rob Johnson - Filmuphigh Time-lapse: Kris Williams Climbers: Colin & Sue Goodey with Bryn Williams Location:Tryfan Bach, Snowdonia, North Wales, UK Length: 5:21m 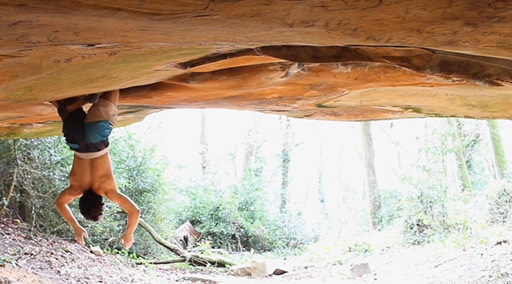 There is a dreamy, almost hypnotizing, quality to this video. With it's stunning scenic shots and tasteful use of go-pro footage, what comes through is less about the technical aspects of the climb and more the visceral feeling of being in the mountains. Producer: Nicolas Vazquez Climbers: Florient Denys, Yann Romanex, Nicolas Vazquez Mountain: Traversee des Aiguille d'Entrèves (3604m / 11824ft) - Mont Blanc, France/Italy Length: 5:38m

To watch more top notch climbing videos from 2016 check out: The Best of 2016