The views of Yosemite in this video alone would have been nearly enough to make the top ten. Alex Honnold's thoughtful philosophy on soloing and grace on the rock are the icing on the cake. 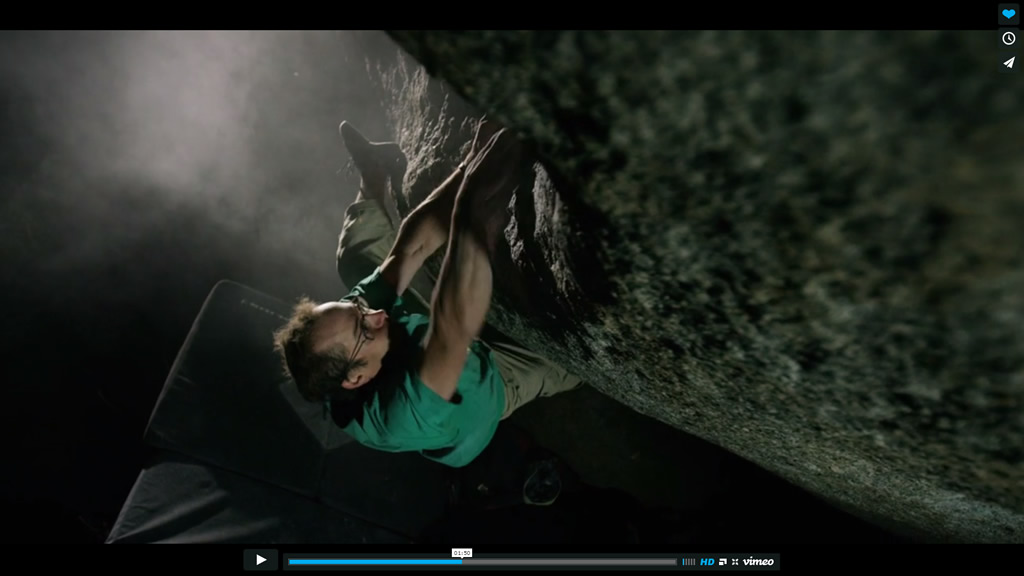 Welcome To The Future

We saw a lot of great bouldering videos this year, and in all that competition we knew something would have to really blow our minds to make the top ten. Deep Roots media did just that with this video from their Time in the Pines series. Not only is this one of the best examples of night session filming we’ve ever seen, a great beta piece, and some seriously badass climbing, it’s also got beautiful cinematography and flawless production. It’s the whole package. 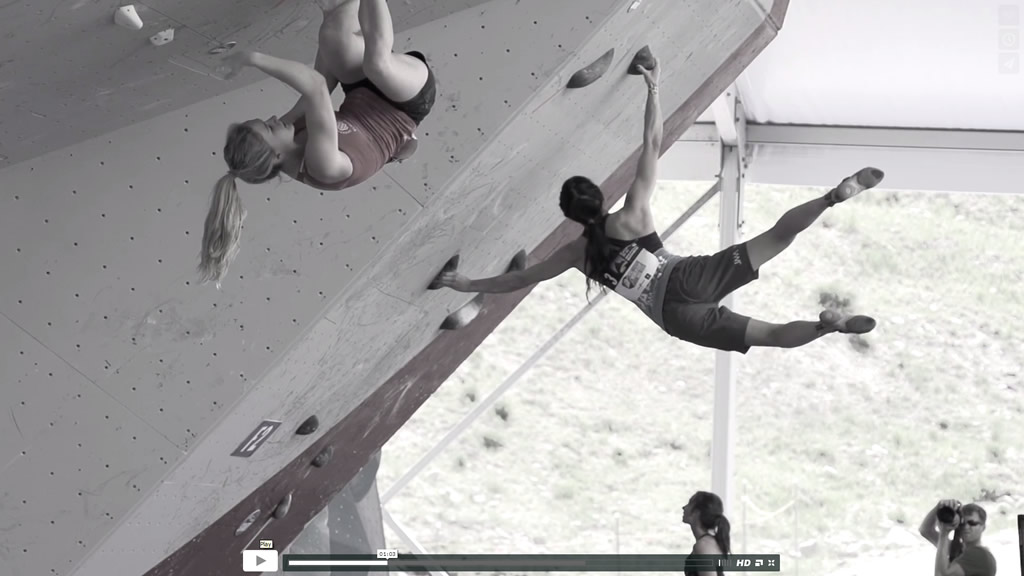 This is what bouldering looks like at 240 frames per second. Sometimes hilarious, sometimes devastating, this unique and well produced video earns Louder Than Eleven a spot in the top ten for the third year in a row.

“Climbing has more to do with psyche than physical ability.” You may or may not agree with Bernd Arnold’s philosophy, but it's hard to argue with the experience behind it. He has completed over 980 first ascents in over 40 years of climbing, and while his unorthodox barefoot style is intriguing, it's his sober philosophy on the paradox of fear and joy in climbing that makes this short film stand out.

With it’s beautiful illustrations, poetic narration, and stunning images, this video immediately stuck out as a contender for a top spot in 2014. It’s part travel journal, part art piece, and part guidebook for anyone interested in climbing in Norway’s Lofoten Islands.

Klemen Becan’s enthusiasm for these climbs is contagious. This is a video that makes a person super stoked to get sending.

There was much discussion over whether this video, which truly only features a small amount of climbing, should make the top ten, but when it comes down to it, climbing is not just an activity, it’s a lifestyle. And we felt the adventurous journey Mandy and Brian (and their minister) undertook to be married at 11,000 feet was a beautiful articulation of what that lifestyle can look like.

Ever wonder how climbs get their names? The story of Augmentium’s origin might be one of the strangest we’ve heard. Between the stunning backdrop and the gorgeous rock, Augmentium is a climb that was begging to be climbed and filmed.

Producer: Get A Dog Up Ya Productions
11:10m

Take some of the world’s strongest climbers, one of the best bouldering locales in America, a pancake breakfast, and a giant bonfire and you’ve got the Heuco Rock Rodeo. This is one of the world's most renowned outdoor climbing competitions and Bearcam Media has done a great job of catching all the action.

This beautifully produced video weaves the story of Kris Erickson and Conrad Anker’s first ascent of an alternate line up Winterdance, together with the story of their expedition in Tibet which ended tragically in the deaths of two of their climbing companions. With these two very contrasting story lines we see how climbing can be at once so inspiring and life-giving, and also so precarious.