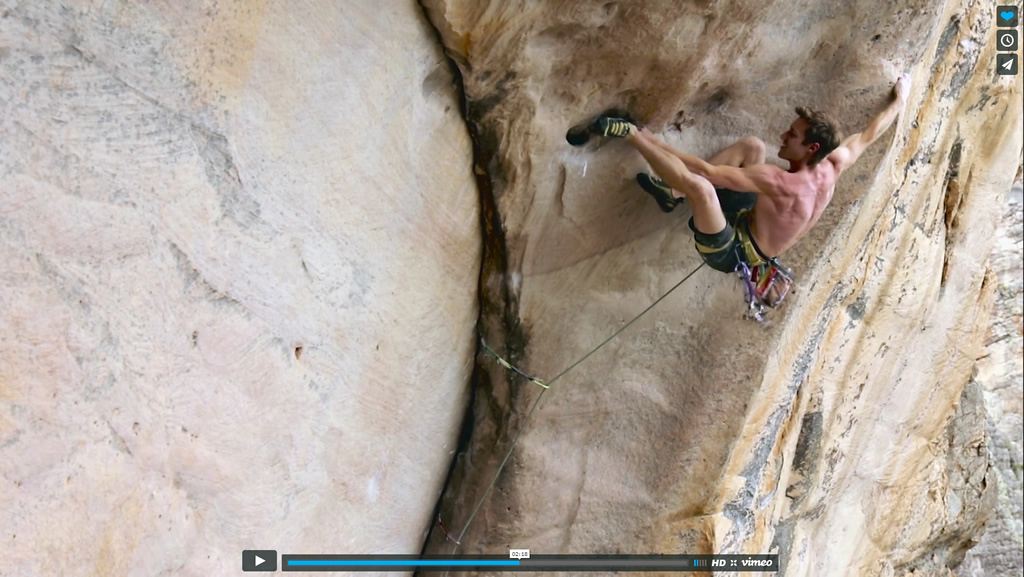 The name really sums it up. This line is super cool—beautiful moves on tantalizing rock. Lee Cossey's mellow, laid-back narration is a great compliment to the footage of him pulling off wicked hard, gymnastic moves and making it all look rather easy. Producer: Adventure Types Climb Featured: Agent Of Cool (5.13d / 8b / 31) - Grampians, Australia. 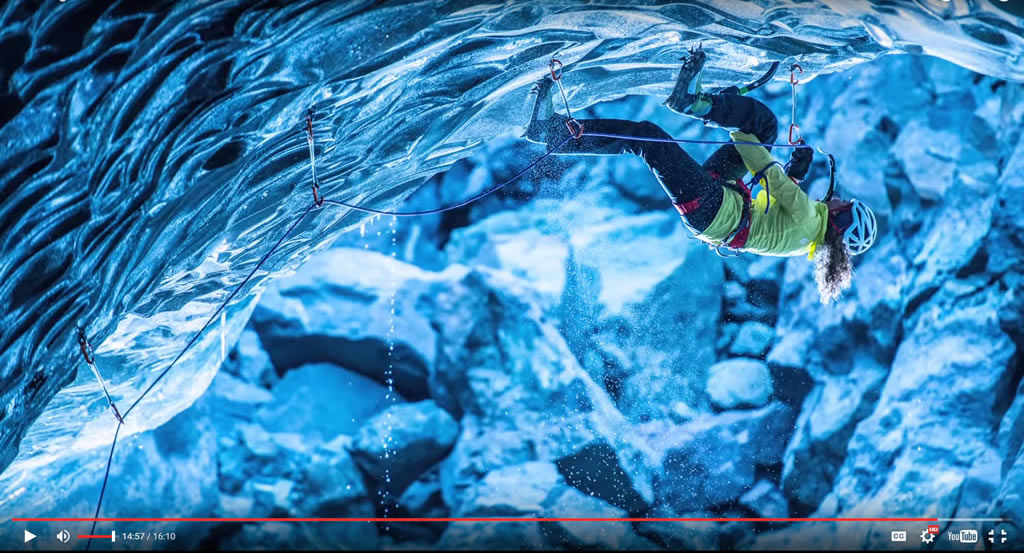 This video is the epitome of adventure climbing. Tim Kemple finds some of Iceland’s most gorgeous, yet frightening glacial features, and sends world class ice climbers, Klemen Premrl and Rahel Schelb, up, across and even down into them all, capturing it brilliantly. This is what a badass journey across Iceland looks like. Producers: Anton Lorimer, Kevin Harrington, Tim Kemple & SmugMugFilms 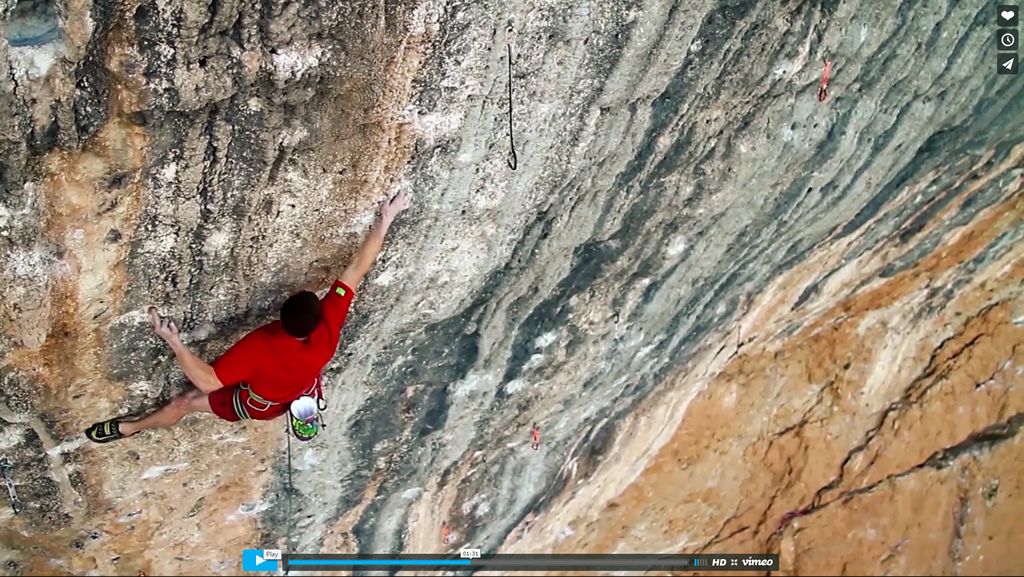 The climbing footage is great, the lifestyle clips tasteful, and the cat with the bucket on its head is the icing on the cake. Next time you find yourself struggling on your project, just remember: You are the noodle. Producer: Tara Reynvaan Climb Featured: Joe Blau (8c+ / 5.14c) - Oliana, Spain 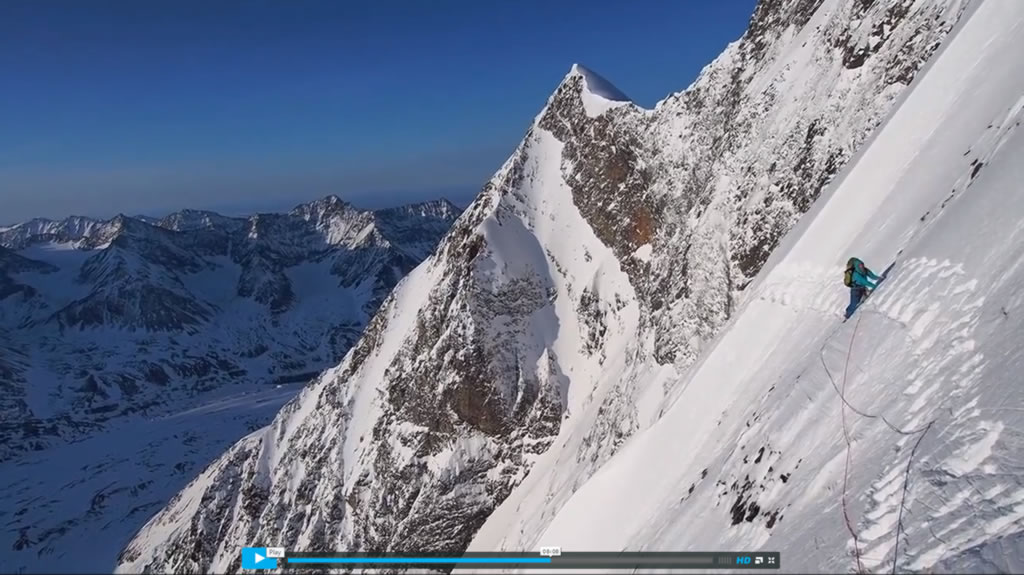 Follow Jonathan Griffith and Will Sim in their attempt at a route up the northwest face of Mt Deborah in Alaska. The immensity and bareness of the landscape are breathtaking, and despite the trials and perils of the trip itself, not the mention the climb, the overall theme of the video was fun in the alpine. Producer: Jonathan Griffith Climbs Featured: North West Mt Deborah, Alaska, United States 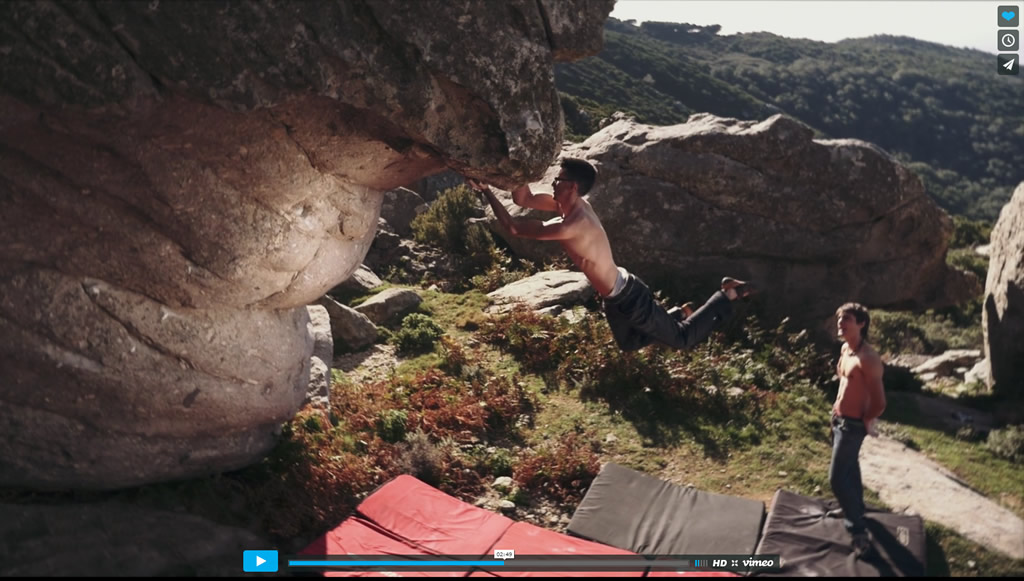 What's better than being on a beautiful mediterranean island with your friends? How about finding a pocket of beautiful, untouched granite boulders? This video is short and sweet, capturing a couple of first ascents with perfect lighting and meticulous editing. It feels like a snapshot of the perfect climbing holiday. This is the third video in a four part series: Part 1, Part 2, Part 4 Producer: Lorenzo Bona Climbs Featured: Cuneo Violenta (7c / V9), Che Bello Essere Noi (7c+ / V10) & Il Coure Non Basta (8A+ / V12) - Isola d'Elba, Tuscany, Italy 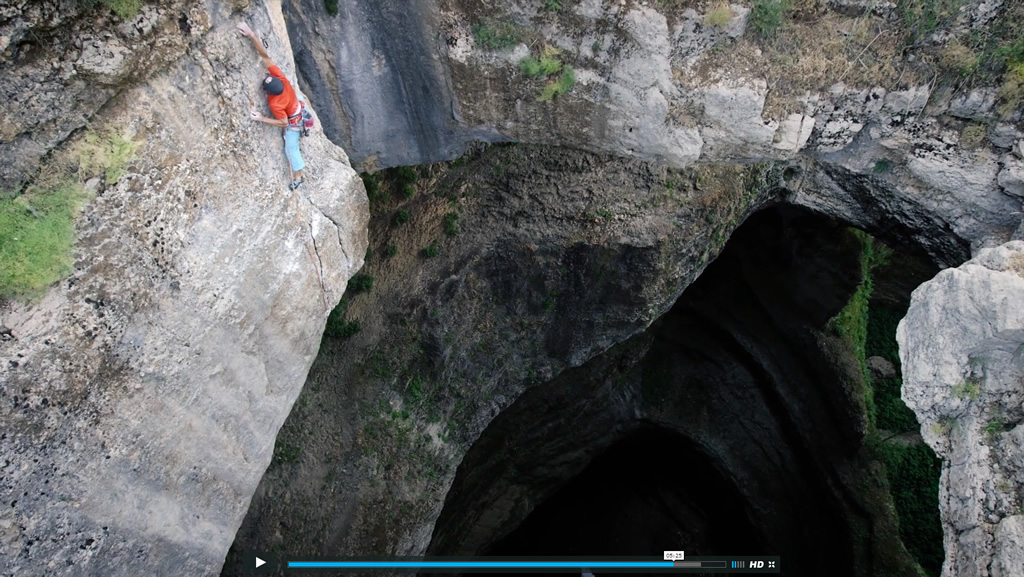 Corey Rich's stunning footage alone would earn this video accolades. But there's more going on here than sweeping shots of 100 meter waterfalls and vast, multi-leveled sinkholes. As local climber Jad Khoury says, most often when we hear about Lebanon, it's about war, not the beauty of the landscape and the vast climbing potential, so it's a pleasure to share media that shines a different light on the country. Here, Jad takes the soft spoken David Lama to the Baarata area to put up Lebanon's first 9a. David's musings on the beauty he finds in climbing fresh lines is a wonderful addition to the footage of this magical place. Producer: Corey Rich Productions Climb Featured: Avataara‬ (9a / 5.14d) - Bataara Gorge, Lebanon 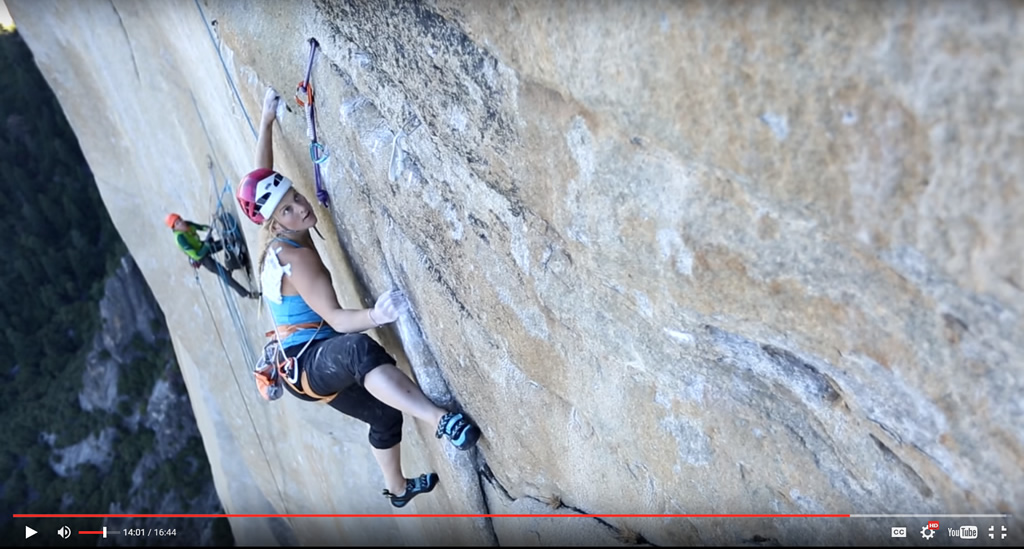 Emily Harrington had never done a big wall climb, so she decided to start with a bang by freeing a 35 pitch route with a 5.13 crux! The emotion in this video is immense. You can see how much heart Emily puts into making her dream of free climbing the route a reality. The physical discomfort (two and half hours on one offwidth pitch!), the mental toil, and the complete and utter exhaustion all become worth it the moment she tops out. Producer: Louder Than Eleven Climb Featured: Golden Gate (5.13 VI) - Yosemite, United States Music: Fizzix Productions 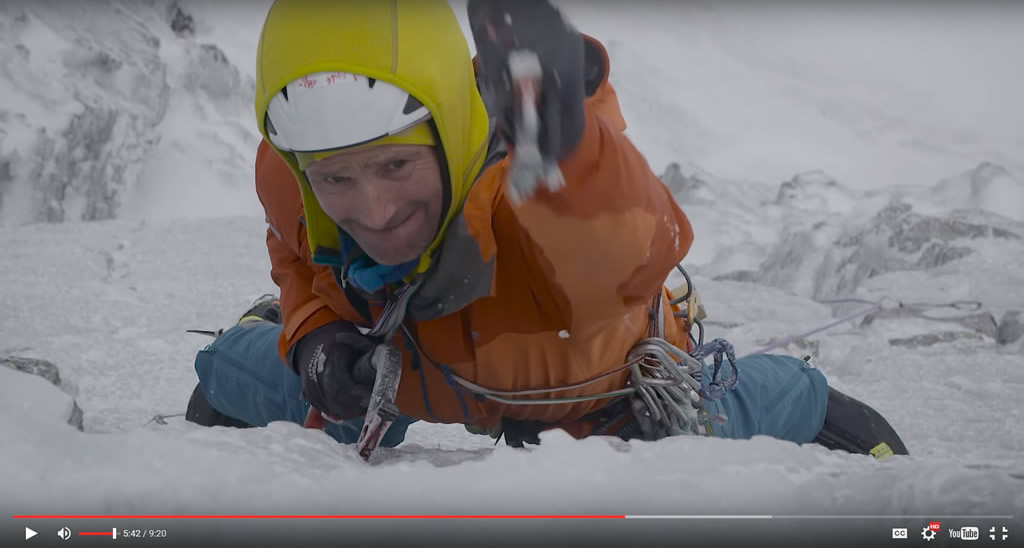 All Roads Lead to Scotland

Cold, hard, scary and downright miserable—epic winter climbing at it's finest. Gorgeous aerial footage of Ben Nevis is cut with Nick Bullock and Tim Neill talking about a recent climbing trip in Scotland. This is a video about paradox. The paradox of toiling in misery and having a great time doing it, the paradox of wanting to succeed, but not wanting success to come too easily, and not least of all, and certainly most entertaining, the paradox of two very different personalities getting along so well under the worst possible conditions. Producer: Coldhouse Collective Climbs Featured: Feeding Frenzy (VI 7) & Han Solo (VIII 7) - Ben Nevis, Scotland 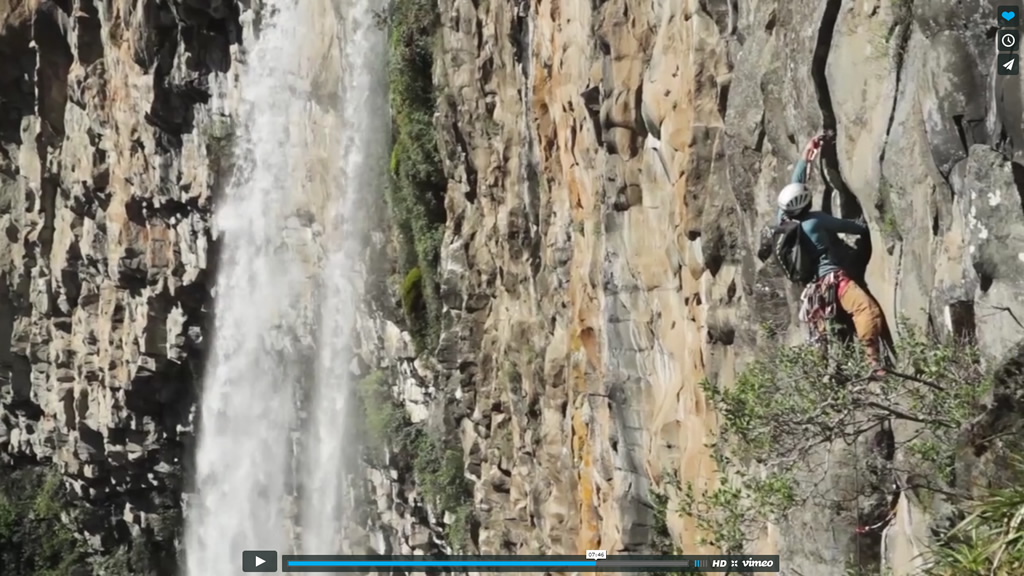 Raices, translated "Roots", is a four-part series following a group of climbers searching out new lines and old wisdom across the Andes mountains in South America. These films seamlessly weave together adventure climbing with the human and natural history of the land. The sincerity of these climbers in their respect for the mountains and the people who live there, reminds us of the depth of experience that is possible if our minds are open while we climb and travel. Raices 1 - Basalt climbing in the Araucanía region of Chile
Raices 2 - Crack climbing in the high plateau of the Andes mountains
Raices 3 - Bouldering in the Sacred Valley of the Incas
Raices 4 - Sport Climbing in Santiago, Chile Director: Mateo Barrenengoa L Producer: Pancho Herrera Bravo & Haka Honu 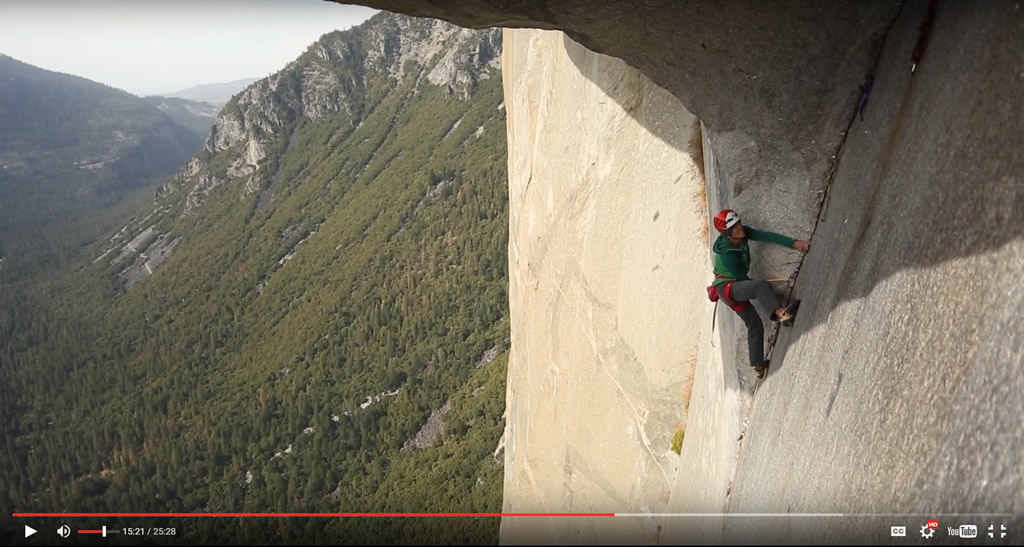 Jorg Verhoeven made history in 2015 when he became one of just a handful of people to have made a free ascent of the Nose. This film expertly captures Jorg working through the notorious Great Roof and Changing Corners pitches, giving you a sense of the immense effort, both physical and mental, he put into pulling off this impressive feat of climbing. Producer: Louder Than Eleven Climb Featured: The Nose (5.13+ VI) - Yosemite, United States Music: Fizzix Productions

To watch more top notch climbing videos from 2015 check out: The Best of 2015